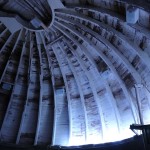 As part of the ahead festival, the first public concerts will be held in the loudspeaker sphere of the VU observatory. Due to the limited space there will be three performances and registration for each date/time will be limited.
Entrance is free. 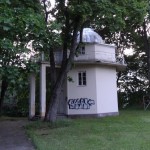 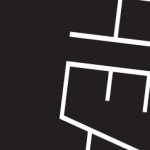 This concert would not be possible without the substantial support of some people:

Vladas Vansevičius from the Astronomical Observatory of Vilnius University for providing the facilities!
Jurgis Jarašius for his help in setting up the loudspeaker system and cleaning up the observatory!
The Music Innovation Studies Centre of LMTA – Tadas Dailyda, Ričardas Kabelis and Mantautas Krukauskas.
Ignas Juzokas for lending various equipment!
The Institute of Electronic Music and Acoustic for their AllRad Ambisonics decoders.

Jurgis Jarašius grew up in Vilnius, where he graduated from Karoliniškių Music School. Jurgis is currently studying music composition (digital technologies) in Lithuanian Academy of Music and Theater (Ričardas Kabelis class). His pieces were performed in festivals such as International Contemporary Music Festival „Druskomanija 2013“, „Eikkk – Competition of Electronic and Computer Music“ in 2013. Jurgis also participates in an audiovisual project „Music for Fountains“ and other activities coordinated by Music Innovation Studies Centre.

Miškas means forest in Lithuanian. The piece was created during a residency in Druskininkai, Lithuania. The sound material consists of field recordings from the forests in Druskininkai. The sounds have been processed in SuperCollider using filters with varying band widths and according to different scales, among others a scale based on the golden mean – like the one John Chowning used in Stria.

There are wishes and desires that are too strong for the constraints of our earthly lives,
that we could surely search for a state of being, in which they become winged,
carried by an element to islands, where they can rest.
Novalis

For the composition of I_LAND, I delved into the phenomenon island for two years. 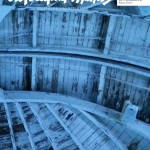 I recorded and documented the raw material for the composition during my residency at kunst:raum Syltquelle on the island of Sylt in April of 2008. But what is presented in the end is not a collage of original sounds nor is it a soundscape catalogue. The descriptions and the (historical, literary, mythological, geographical, etc) interpretations and constellations of the respective recording locations played a large role in the content and form of the sculptural sound composition.